2017, Goodeng Machine proceeds from Manufacture the sophisticated products、Occupy the market、Build the brand ,comprehensively enhances the corporate image and competitive ability. In the past six months, Goodeng Machine provided the first-class technology, first-class products, first-class service for customers, at the same time, we get more stable, better and faster development. Every Goodeng staff is passionate, generous, only in less than six months we achieved more than 200 million sales target!

But for the Goodeng Machine, the first half of 2017 that we created the most brilliant achievements in history was quietly over, full of challenges and hope 2017 second half year has begun! Recently, Goodeng Machine ceremoniously held the sales mobilization meeting in the second half of 2017, meant we have to put down the past achievements, gather together, to start a brilliant new course. 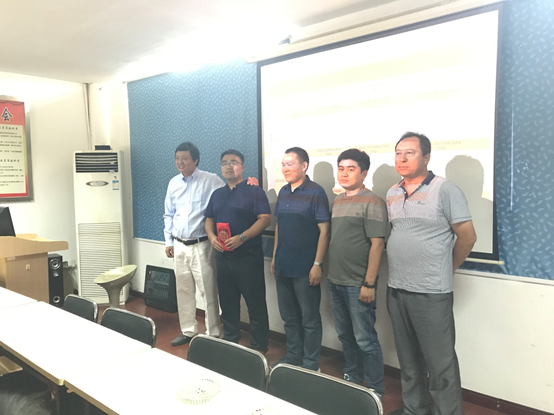 The meeting identified the second half of 2017 marketing objectives and guidelines, cleared the development direction of the second half year, provided the internal driving force between staff and the company's common development, and formed the vibrant working atmosphere,in line with the strict build elite team, promote the enterprise concept from Goodeng Machine to Intelligent Manufacturing Enterprise. Marketing center as the whole company operation leader, each department leaders have made careful arrangement, the sales staff has been eager for a fight, the expansion, sales activities of the company's market have also been carried out smoothly according to plan. 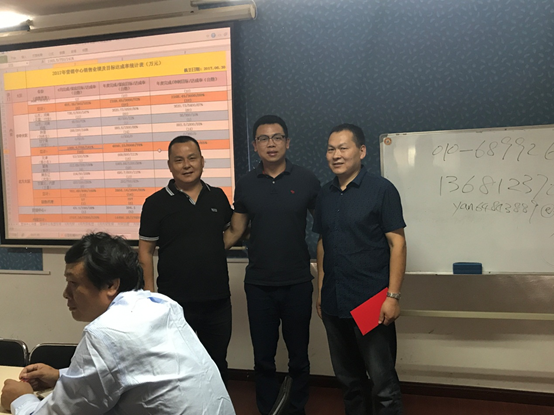 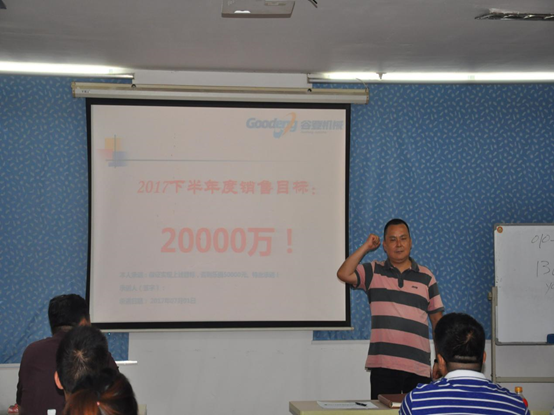 Dreams spiral in this solemn moment,

We will show our brave and sword in 2017, be the champion of trenchless industry!

Fight for the second half of the year,

Let the sails of endeavor sail to the shore of victory!

Now the Goodeng people is passionate as the oath, unswervingly push forward the diversified development strategy, promote the sustainable development of enterprise, to realize the ambition and create another glory.in the left time in 2017! There is nothing completely impossible as long as you have willingness to achieve it. Fight for the second half of the year to achieve 400 million sales target in advance!